Boo! So it’s time for the first of my many little game jams that I’m going to be running at the University of Lincoln! Since it’s Halloween soon I thought it might make sense to make it a spooky-themed scary game jam of occult hi-jinks!

So ‘The Scary October Jam’ will be coming this Friday (18th October) to the University of Lincoln. I’ll be starting it at around 5pm and it’ll be finishing 72 hours later on the Monday! Anyone at the university is welcome to come along, we’d like to see as many first year games students there as possible – you can use the weekend as a crash course in GameMaker!

Let’s make some games that make people jump. Make games with all those creepy things that go bump in the night. Make something terrifying that’ll terrify the judges!

This time around we’re having an online poll to decide on a mechanic to add into everyone’s games. This should give people an interesting challenge and push them to think a little outside of the box with their game ideas. (Let’s avoid having a thousand and one jump-and-run games, people!)

You can come in a team of up to five people. The event will be in Computer Lab B on the top floor of the MHT building. Don’t be afraid to ask me some questions about it: if you want some more information on the jam then send me an email or drop me a message on Twitter.

This week I have developed a rather nasty case of flu. A particularly devilish strain of flu  that just happened to seemingly know that this week was the one week I wanted to be firing on all cylinders! As I write this post I’m bed-ridden and shaking like a leaf, but my condition is definitely improving so I should be better for just before Christmas.

On Monday I travelled down to Wolverhampton to stay overnight for a teaching event on Tuesday at Highfields School, normally I’d take an early train down on the morning of the event, but to ensure I’d get a better nights sleep my boss booked me a hotel! I was really looking forward to a relaxing night’s sleep… but that’s when the flu kicked in. Whoops.

I wasn’t exactly running on all cylinders when I got to the school, but I was still taken aback by the sheer awesomeness that surrounded me there. There were no corridors in the school… all the classrooms were wonderfully open-plan and there were canteens and seating areas on every floor. I was incredibly jealous – all the students had access to a cyber-café and had been given free laptops to do their work on. Their product design department had a 3D printer AND a laser cutter – sheer bloody madness!

We then proceeded to start work on the LEGO event for the day – two guys from LEGO Education came in to run the event and I was tasked with aiding the students with anything they needed help with. They were tasked with making robots to do specific challenges as part of the “Green City Challenge” pack, which has several different engineering problems incorporated into it – pushing, lifting and carrying being the main three that were tackled during the day. 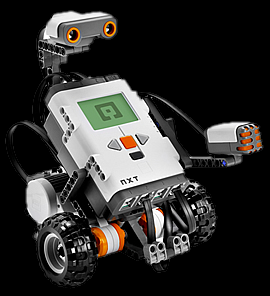 It was good to work with LEGO during the day, I’d not used Mindstorms equipment in years so I was a little rusty. But it’s really easy to pick up and the kids took to it like a duck to water. They didn’t need much help and really got into it once they understood the basic principals of moving the motors on their robot. It was an awesome day apart from feeling really crumby in the physical well-being department.

Other than that I’ve also been working on my dissertation in my spare time. I’m currently working on the model design for my characters in the crowd simulation I’m adding to. Carefully programming in vertices and having them deform and change based on the characters body type. I’ve been wrecking my brains over a bug I’ve been having for AGES and not been able to notice. A bug that meant my little models were rendering in very ‘abstract’ ways:

The bug had eluded me for ages until last night when my girlfriend pointed it out to me when I was grumbling through my array of indices: I’d accidentally skipped a few numbers in the array… Whoops! So after changing that I can now declare proudly that my project is now progressing nicely again! I’ll be doing another post about my current final-year project progress as and when I have my model completed and working reasonably well.

Also… today is the start of the Steam Christmas Sale… may we all be blessed by Gaben’s great deals.