Continue?9876543210 is a game that attempts to answer the question of what happens to a character in a game when they are deleted from memory.

I remember myself and Alex talking about making a game where you play as a pointer that has wandered off into memory somewhere so I was very interested to see what this game would be like. I was hoping for a Zelda-esque hack and slash game… instead it was a very artsy philosophical game filled with oodles of despair.

The game opens as another game finishes – one of several random characters is seen dying. Then a ‘Continue’ screen flashes up on the screen, it ticks slowly down to zero and then everything goes black. It appears though that the character you are controlling doesn’t want to die… at least not yet.

The character has to spend its last remaining moments in the memory of the system exploring strange artistic set pieces and hiding from the garbage collector. Each time you play the game there are six random levels for you to explore out of a total of eleven. These range from a wartime trench scene to a small haunted village filled with medieval NPCs. When inside a level you have to talk to NPCs and answer their questions in order to gain ‘prayer’ and ‘lightning’ which help you to stay alive.

Lightning helps the player move to another level by destroying obstacles. Prayer lets the player build houses in a town in order to hide from the garbage collector when it comes along to delete stuff. Both are vital to the players survival but no matter how much you get you will eventually die. 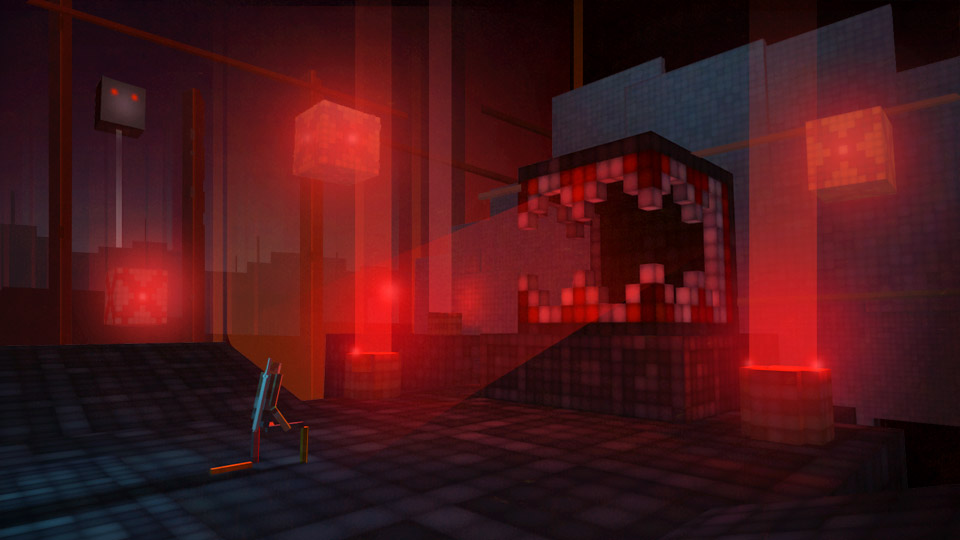 The enemies in the game remind me of Stephen King’s langoliers. They’re vicious and hunt you down without remorse – after all you are just memory locations waiting to be cleaned up. The game ends when the player is finally deleted. The players score is defined by how ‘ready’ the character is to die when they finally meet their maker.

The game was apparently inspired by a drug-trip gone bad that left the designer in the middle of the Mexican desert. It seems to me to be all about survival, life and the inevitability of death. It made me think about my life so far and brought up a lot of emotions about death and how I feel about it.

My only issues with the game are the amount of flickering and loud noises that gave me a headache. I expected the game to have a pretentious air around it and it does – however the designer has attempted to combat against this by adding in some fun gameplay here and there. I’m also going to point out that the game is very confusing towards the start: a lot of things happen without much warning and they can really put you off playing.

If you want to try it out and see what you think it’s available on Steam right now.

View all posts by Sean Oxspring